by Focused on Fit 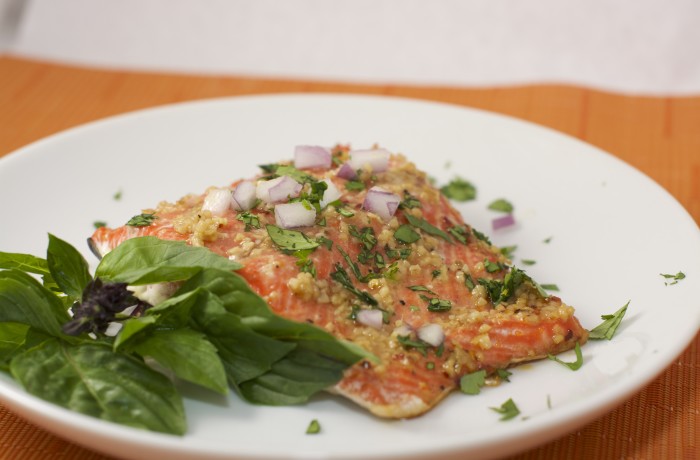 Instead of ordering a huge plate of Pad Thai from our local Thai restaurant, why not whip up this quick dish for a healthier alternative. Marinade your salmon in all the traditional flavors of Thai cooking, and once plated, you have a significantly healthier meal!

3. Grate the ginger root, approximately a thumb-sized portion of root.

5. Chop the red onion and set aside.

6. Put the salmon in a bowl with the chilli, garlic, cilantro, Thai basil, fish sauce, sesame oil, agave, and ginger. Season with pepper and refrigerate for at least 20 minutes or overnight.

7. Grill or barbecue the salmon until it is crisp at the edges. If you like it cooked all the way through rather than rare in the middle then keep cooking until the fish feels very firm to the touch.